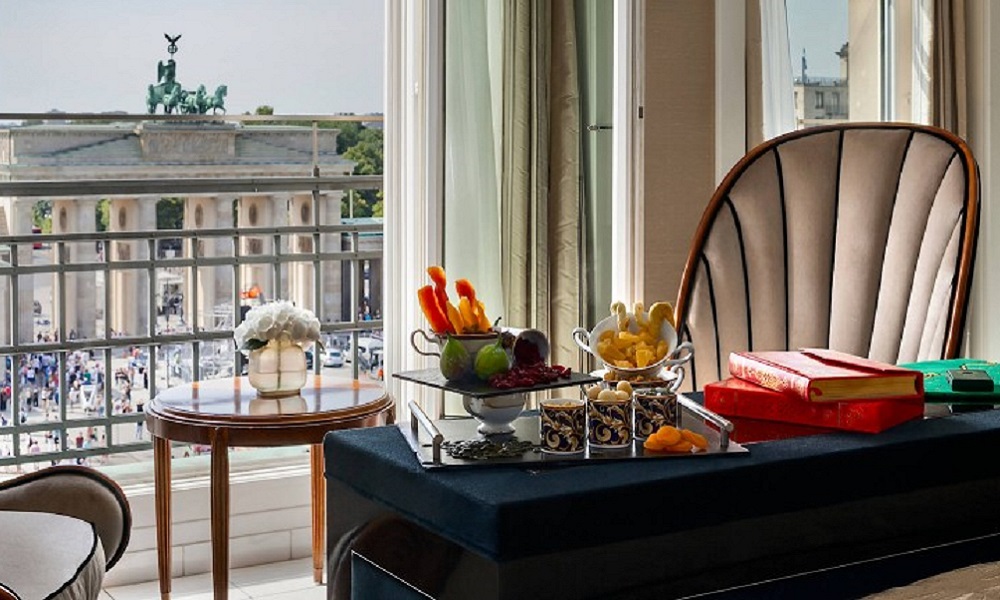 Ever heard of halal travel? No population group in the world is growing faster than that of Muslims and now the tourism industry is adapting to the new target group – also in Europe

With its sweet and juicy baklava, dates and dried fruits from the Arabic welcome treatment, the view of the Brandenburg Gate at Pariser Platz can be embellished in the suite of the “Adlon-Kempinski Berlin”.

An Arabic transmitter is quietly playing in the background, the Koran is at hand, the prayer mat too. An arrow shows the right Liblat to the person praying.

Refreshments are waiting in the minibar, but no alcohol – if you get hungry, you can order food with confidence, there is also halal feed her: No population group worldwide is growing faster than that of Muslims and the tourism industry is taking on the new target group with halal-friendly trips.

“Halal” describes according to Islamic law “all things or actions that are permitted, in contrast to haram”, says professor Jamal Malik from the Institute for Religious Studies at the University of Erfurt. This means compliance with Islamic dietary regulations, the waiver of pork and animals that are not properly slaughtered, but can also relate to the entire lifestyle and is “to a certain extent a matter of interpretation” due to various legal schools.

This includes praying to Mecca five times a day, following dress codes such as wearing headscarves, and refraining from alcohol, drugs and extramarital sex.

“Customers no longer want to compromise”

Those who live according to Islamic rules also value halal services when traveling. No matter whether on a business or city trip, a wellness weekend or a beach vacation. Like the “Adlon-Kempinski Berlin”, more and more hotels across Germany are trying to reach the target group – also because the so-called “Halal Travel” market is exploding:

According to the “Muslim Millennial Travel Report” (2018), the number of Muslim travelers will be close to 160 million and the numbers are rising.

By 2020, the new jet setters are expected to spend $ 220 billion annually, by 2026 it should be $ 300 billion. The growing interest in halal-friendly travel is also due to the rapidly growing group of young and affluent Muslims.

By 2030, almost 30 percent of the world’s population will be Muslims between the ages of 15 and 29. While globetrotters with an interest in halal offers have so far mostly come from rich oil countries such as Saudi Arabia, demand is now increasing in countries such as Malaysia and Indonesia, where the middle class is growing. “But the second and third generation of Muslims in Europe also want to make nice trips,” says Malik.

“With the new purchasing power, customers have become more demanding and don’t want to compromise anymore,” says Ufuk Seçgin from the booking portal halalbooking.com.
Seçgin, who was born in Hamburg with Turkish roots and has lived in London for 16 years, knows the dilemma himself. “When I travel, I’d like to go to a chic star restaurant, and I don’t always fancy Turkish cuisine. “In the meantime, many British restaurateurs in London have prepared themselves for Muslim guests from home and abroad, while hip bars are expanding their cocktail menu with non-alcoholic alternatives and leisure organizers such as “Muslim History Tours” offer sightseeing trips with a focus on British Muslim history. For many cities, tourism associations, tour operators or hoteliers there is a lucrative potential.
Prayer rugs in the room and corresponding culinary offers are just the beginning and for many people, halal travel begins with the arrival of the appropriate food on the plane or even prayer rooms on board and at airports, continues with leisure activities and ends with the quiet place.
“It is common in the Muslim world to clean yourself with water after going to the toilet,” says Seçgin. “Anyone who adapts to this as a hotelier with special sanitary facilities really serves a great demand.”
Related Topics:featured
Up Next