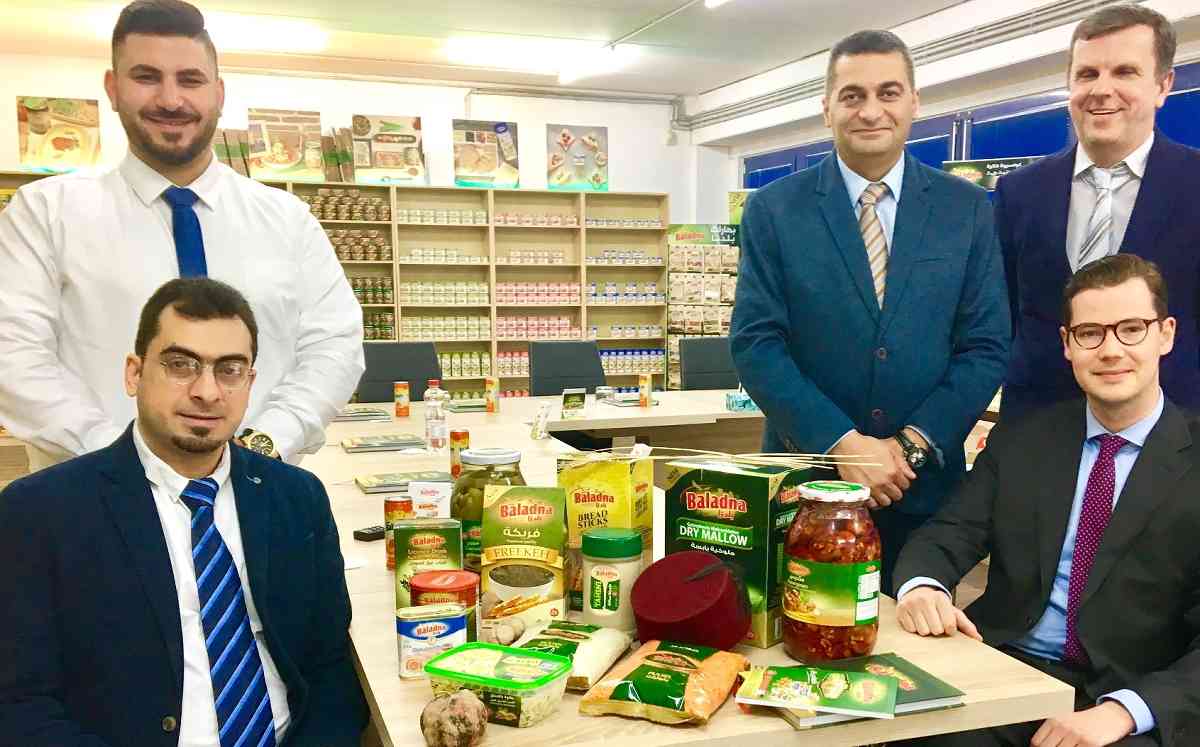 Ramadan is now very busy in the industrial area in Kapellen. The European distributor of the Nosor Baladna company is located on Konrad-Zuse-Street, which only delivers halal food produced by Muslims and wholesalers according to the Halal Standard.

The 160 different Halal products of the company, which were mainly produced in Turkey, come with containers from across the sea, are mainly picked up by the local forwarding agency Kleine in the ports of Rotterdam and Antwerp.

The customers are mainly Arabic and Turkish businesses but according to Werner Krauss, Managing Director of Nosor Baladna discussion are ongoing with the Kaufland and Edeka chains and he explains that our halal dishes are also increasingly in demand from German customers as “70 percent of our products are vegan,”.

But why did the European sales of Nosor Baladna, which incidentally also wants to start selling online soon, settle in Grevenbroich of all places? Company founder Abdulrazzak Kattan from Syrian Aleppo had fled to Turkey in his homeland before the war. There he set up twelve company branches before venturing to Germany: “Our first sales department was in Wernigerode in the Harz Mountains but that was too far away from the ports that supply us.

Grevenbroich, in particular, was a convincing company location because of its proximity to the motorways and the most important ports. The premises in the industrial area in Kapellen were still very suitable, at least at the start: “We had already reached our limits with the warehouse, but we would like to stay at the Grevenbroich location and continue to expand in terms of both space and personnel,”. Nosor Baladna currently has 31 employees at his site in Kapellen: “And we are particularly proud of our integration work, because we have taken over all of our Syrian employees from the employment office. They had to learn German and qualify first, but we integrated them and made taxpayers out of social recipients, ”emphasizes Krauss. Incidentally, the Syrian company founder is also trying to start over in his home country but the political situation is just too unstable.

The market in Germany and worldwide is growing rapidly as far as the demand for halal products is concerned.